From many to just handful 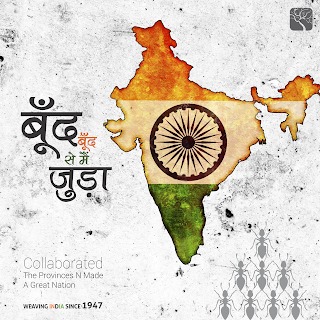 The Story of Integration Of India

The political integration of India established a united nation for the first time in centuries from a plethora of princely states, colonial provinces and possessions. Despite partition, a new India united peoples of various geographic, economic, ethnic, linguistic and religious backgrounds. The process began in 1947, with the unification of 565 princely states through a critical series of political campaigns, sensitive diplomacy and military conflicts. India transformed after independence through political upheaval and ethnic discontent, and continues to evolve as a federal republic natural to its diversity. Sensitive religious conflicts between Hindus and Muslims, diverse ethnic populations, as well as by geo-political rivalry and military conflicts with Pakistan and China define the process.

When the Indian independence movement succeeded in ending the British Raj on August 15 1947, India's leaders faced the prospect of inheriting a nation fragmented between medieval-era kingdoms and provinces organized by colonial powers. Sardar Vallabhbhai Patel, one of India's most respected freedom fighters, as the new Minister of Home Affairs emerged as the man responsible for employing political negotiations backed with the option (and the use) of military force to ensure the primacy of the Central government and of the Constitution then being drafted.