Skyscrappers and Well planned cities- The new face of India 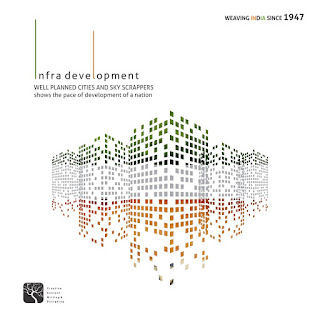 After 60 years of development efforts, India is presently one of world`s fastest growing economies. In the last few years, it has emerged as a global economic power, the leading outsourcing destination and a favourite of international investors. In India, the tilt towards economic liberalisation started in 1985 when Government announced a series of measures aimed at deregulation and liberalisation of industry. These measures, described as New Economic Policy, were followed by drastic changes introduced by the 1991 Industrial Policy Statement of the Government. By and large, Indian industry has upgraded technology and product quality to a significant degree and met the challenge of openness after being protected for so long.
The Competition Act, 2002 passed by the Parliament seeks to establish a pro-competitive legal framework, contain anti-competitive practices and abuses of dominance and yield better regulation of markets. Micro, Small and Medium Enterprises Development Act, enacted on June 16, 2006, provides the first-ever legal framework recognising the concept of enterprise (comprising both manufacturing and service entities) and gives an investment-based definition to the three terms. Similarly, various initiatives have been taken for the development of infrastructure. India Infrastructure Finance Company Limited (IIFCL) was incorporated on January 5, 2006 to lend funds of longer term maturity, directly to the eligible projects to supplement other loans from banks and financial institutions. Electricity Act, 2003 recognizes trading of power as a distinct activity and permits State Electricity Regulatory Commissions (SERCs) to allow open access in distribution of electricity in phases that would ultimately encourage efficiency and competition. Rajiv Gandhi Grameen Vidyutikaran Yojana ((RGGVY) was launched by the Prime Minister on April 4, 2005. This scheme is for rural electricity infrastructure and household electrification. On August 15, 2002, the Prime Minister approved an important initiative called National Rail Vikas Yojana to put Indian Railways on the path of fast track growth. The National Highways Development Project (NHDP)¾the largest highway project ever undertaken by the country¾is being implemented by the National Highways Authority of India (NHAI). New Telecom Policy (NTP), 1999 provides the basic framework for the future development and growth of the telecom sector in the country. Special Economic Zones Act, 2005 seeks to promote value addition component in exports, generate employment and mobilize foreign exchange.